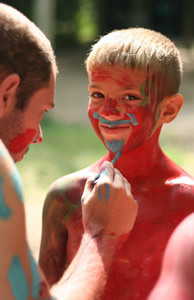 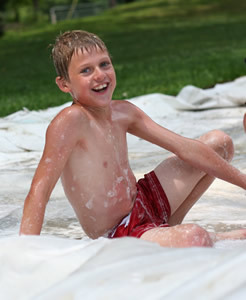 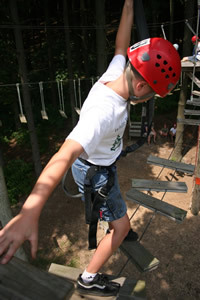 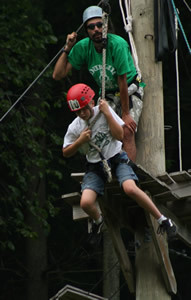 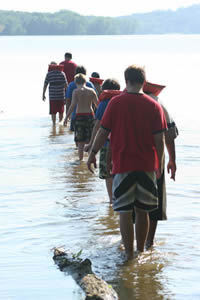 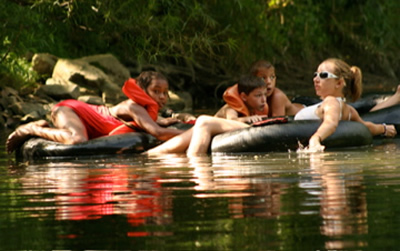 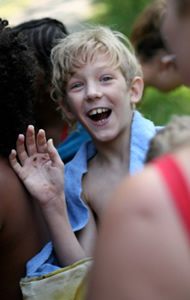 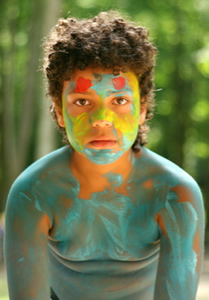 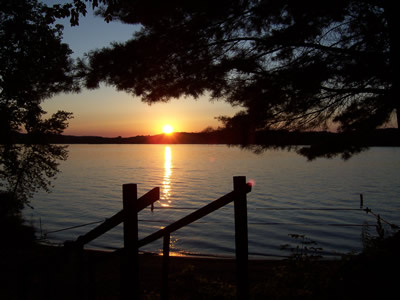 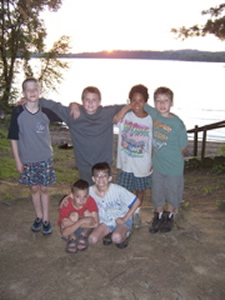 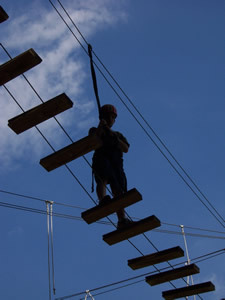 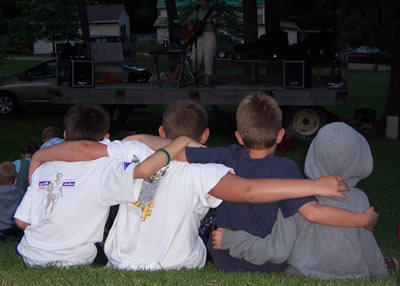 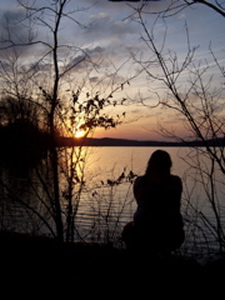 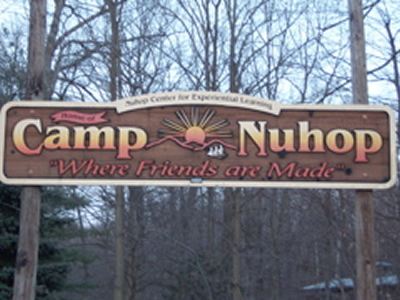 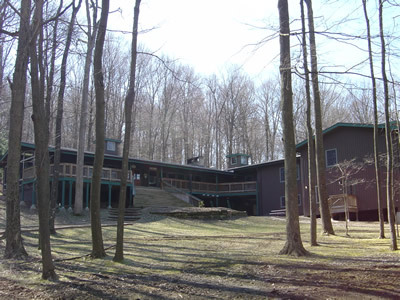 Camp Nuhop is a residential summer camp for children with special needs.

Over 20 unique programs are offered through six, one week -long sessions. Children are placed in a “tribe” of seven campers based on program choice, age, application information and a teacher evaluation.

Three staff members are assigned to each tribe of seven campers for the entire week. Activities at camp might include: hiking, canoeing, swimming and camping out under the stars, as well as cooperative and individual self-concept initiatives.

Returning campers look forward to new adventure and friends each year while first time campers and parents are often anxious about a new experience. For these new families, we require attendance at our Conference Day where children and parents get to know Nuhop Staff and other new campers.

* Self-concept activities are used to help each child deal with abilities and disabilities.

We select staff for those qualities of maturity, sensitivity and caring that allow them to relate well with young people.

We rotate our 2 week trip camps each year. We do travel to the Rocky Mountains, Grand Canyon, Bar Harbor Maine, and some of our one week trips may take you to Lake Erie, the Ohio Parks, Kentucky, and Pennsylvania

This is the only overnight camp my son has been to; I sent him when he was 12. He had a hard time at other day camps (scout) and I always had to chaperone (the one time I didn't, he was expelled within an hour). So it was great to be able to send him and get a break. My son is high functioning PDD and found many of the kids annoying, so he did not want to return, but most of the kids I saw enjoyed it.

This camp was so positive for my child. We had tried sending him to a 4H camp but his behaviors were horrible and we had to pick him up early. At Nuhop he was successful and had a fantastic time.